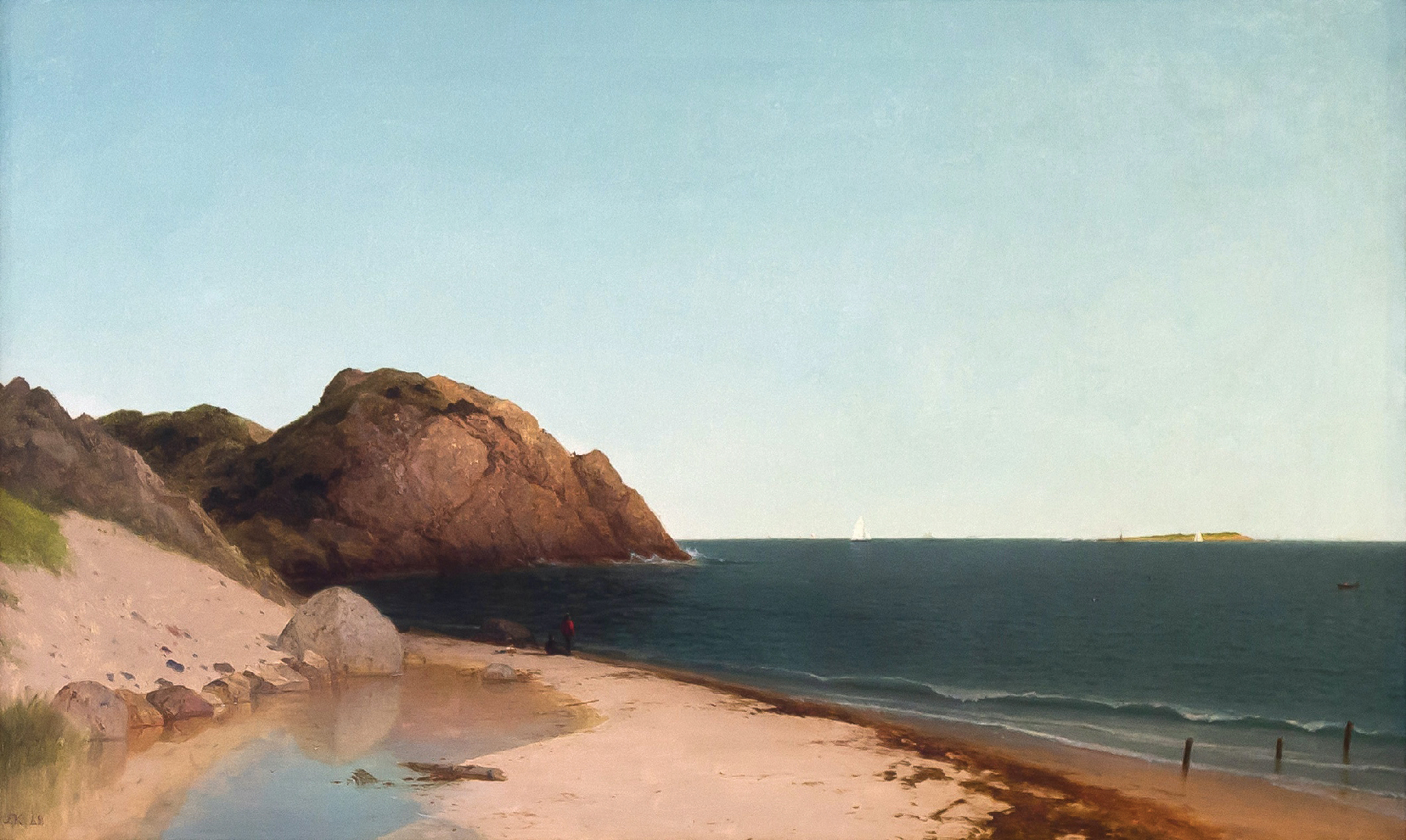 “The Kensett strikes me as being a very fine one. The arrangement and colors are very clear and forceful — a good sign in Kensett’s work. The silence of these spare Kensetts is very impressive.”

Cottone was candid. “It has been a privilege to market the painting. I was pleased for our consignor – the Doolittle’s – who could have sent their things anywhere but gave us the opportunity.”

The work was purchased in 1955 by Adrian Smith (formerly Lusyd Wright Keating) of Buffalo, NY from Victor D. Spark, New York and bequest to her daughter Cynthia Doolittle in 1971. It has also been previously twice exhibited at the Albright Knox Art Gallery, first in 1958 and again in 1983.

Catalog notes included quotes regarding the painting, including a letter by John K. Howat, assistant curator of American paintings and sculpture at the Metropolitan Museum of Art to Mrs. Adrian W. Smith, on May 25, 1965, stating “The Kensett strikes me as being a very fine one. The arrangement and colors are very clear and forceful — a good sign in Kensett’s work. The silence of these spare Kensetts is very impressive.”

More recently, Susan Crane, associate curator Albright Knox Art Gallery, in a letter to Mr. & Mrs. Doolittle on March 24, 1983, said, “Your Kensett was an important element in the success of the show — it really made the room glow. Several art historians, in fact, commented on its excellence. It really does rank with the most magnificent of his works, and we are grateful to have been able to show it in the context of his ‘peers’.” 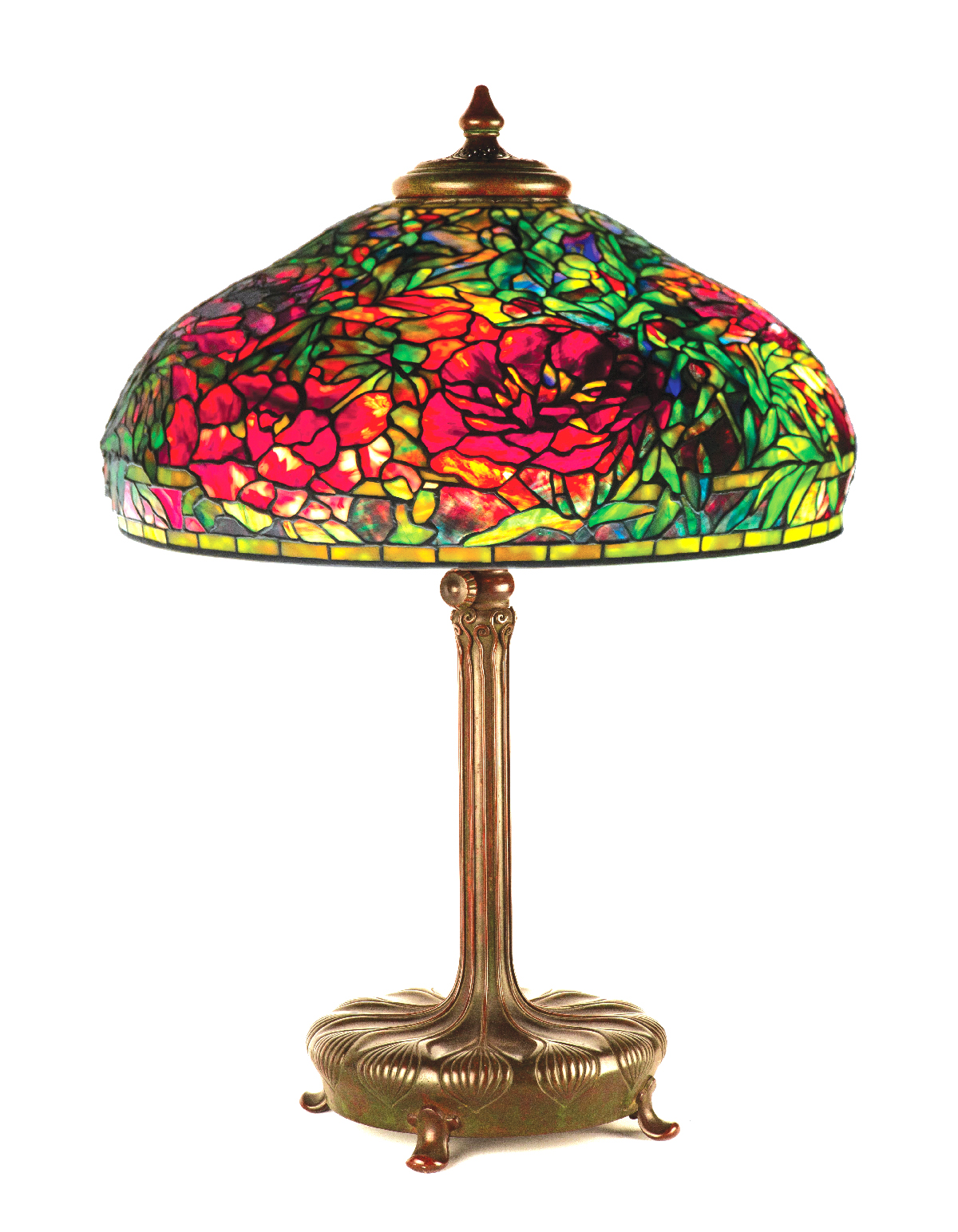 An Early Tibetan Thangka from a private Rochester, NY collection sold to the phones for $30,000. A fine Turkish Sword (Kilij) from the historic Wadsworth family sold to a buyer in Istanbul for $24,000 and a rare 17th century scagliola table also from the Wadsworth family brought $12,000.

The clocks category featured a rare E. Howard & Co. No 49 astronomical hanging regulator, purchased directly from Edward Howard in 1875 by Henry Abbott, which sold for $174,000 to a bidder by phone. Other highlights included a rare D. J. Gale astronomical calendar gallery clock, patent model 1871 selling for $43,200 and a Robert Houdin, Paris mystery swinging clock sold for $12,000.

Americana featured two exemplary Navajo weavings, one a Second Phase chief’s blanket, circa 1860-1870, the other a Navajo transitional blanket, in near pristine condition. Both were descended in the family of Othniel Charles Marsh, a paleontologist at Yale University. The blankets were purportedly given to him by Red Cloud, the native American Sioux chief. After intense competition they blankets totaled $204,000.

Period furniture was led by a fine and rare Chippendale serpentine blocked-end slant-front desk, circa 1770, figured mahogany with a deep rich amber patina, shell carved and blocked interior, block ends and bold ball and claw feet with original period brasses, from the Wadsworth family sold for $15,000; and a diminutive New England Queen Anne tiger maple highboy, circa 1740-1760, with a deep rich honey brown patina, cabriole legs and pad feet with period brasses, purchased from Israel Sack in the 1940’s selling for $18,600.